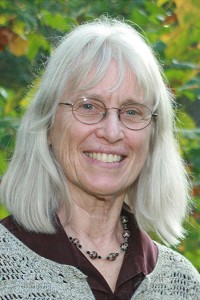 Patricia Dove Miller is a third-generation Californian, born and raised in the Berkeley hills. She has lived in the mountains outside of Cali, Colombia, in a tiny rice-farming village in North Thailand, and also at the edge of the northeastern hills in Kyoto, Japan.

She attended Stanford University, and much later, at the age of sixty-six, completed her MFA in creative writing at Vermont College of Fine Arts. She is also an alumna of the Squaw Valley Community of Writers.

She now lives with her husband in the foothills of the Sierra Nevada in Northern California, where she teaches creative writing and practices ikebana, shakuhachi, and Zen meditation.
(Photo of Patricia Dove Miller by Joel Perlish.)